The State Minister for Primary Education, Rosemary Senninde has urged Ugandans to encourage children in the protection and conservation of the environment.

“We are experiencing harsh weather conditions because of failure to sensitize children on the importance of the forests and wetlands. We should bring the theme to the front in the conservation of the environment,” Senninde said.

She revealed in early February while addressing ten Building Tomorrow (BT) graduands at the Grand Imperial Hotel in Kampala. The graduands attained certificates in various fields.

According to estimates by National Forestry Authority (NFA), Uganda loses between 100,000 -200,000 acres of forest cover annually to biofuel and cultivation among others without replanting.

Senninde added that such a gradual reduction in the forest cover has and still contributing to drought and famine in the country which can be combated if children are involved.

“Our children will suffer in the future if we don’t engage them in conservation because most of us will be gone and leave a harsh environment for them to live in,” she noted.

She called on youth to stop the begging culture adding that it has encouraged laziness which has contributed to the unemployment burden in the country.

“We have graduates in the country, but they are not innovative and inventive. Why should you rely on the government for employment yet you have a diploma or degree. This culture must end,” she advised.

She noted that the “government has set up-skilling Uganda, a scheme to enable school dropouts to be educated and attain professional skills that would enable them in job creation.”

What is Building Tomorrow? 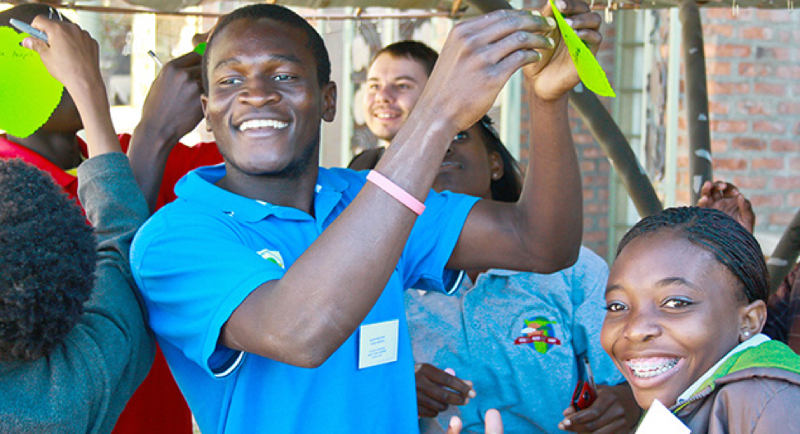 Building Tomorrow (BT) is asocial development organization in Uganda that has partnered with government to improve the learning environment in rural areas by construction classroom blocks to needy schools in the country.

Joseph Bagambaki Kaliisa, the BT Country director, told The Giraffe Times that, “Since the partnership, we have set up 53 primary schools across the country with relatively better learning equipment than they have been.”

He added that the government identifies the area of need and then BT acts to help out. Currently, BT has constructed seven classrooms and nursery schools for early childhood education.

He added: “We train youths between 20 to 25 years in community development primarily depending on donations.”

Bernadette Nakanwagi (24) one of the graduands called upon fellow women to go for skillful training. She added that “I have attained skills through community service and I have started a shoemaking business. I think all youth would benefit from this training.”

Students Diary: A Story of a Young Girl – Part 2